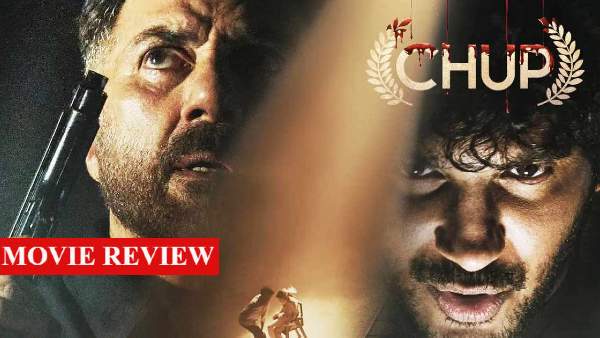 The film begins with the brutal murder of the famous critic Nitin Srivastava. Inspector Arvind Mathur (Sunny Deol) is still investigating the murder, which leads to the second murder, then the third… All the murders are done in the same gruesome manner and all are about to be killed by the ‘film critic’. A psychopath targets prominent film critics in the city of Mumbai and the police have no more clue of it. He could be anyone, a failed director, an angry actor, or a movie-loving psychopath. The police are joined by Zenobia (Pooja Bhatt), a criminal psychologist, and Neela Menon (Shreya Dhanvantri), an entertainment journalist. The atmosphere in the city becomes such that critics stop writing and speak only a few negative things about films. But then a murder happens. In such a situation, how will the police get to the killer and what is the story behind these murders.. Thus an additional scenario is woven.

It was very interesting to see Dulquer Salmaan in this film after Sita Ramam. He also plays Danny’s complex character with great finesse and spontaneity…which keeps you in every frame. The actor has portrayed the two personalities so well together that you feel a part of his world. Dulquer’s performance is extremely balanced. Shreya Dhanwantri has done well in the role of an entertainment journalist. He is a very natural actor and this quality attracts him to the big screen. Here, however, its character is quite limited.

At the same time, it won’t be wrong to say that watching Sunny Deol on the big screen is no less than a treat. Be it a strong dialogue or an action scene, here he is seen playing the role of an inspector very well. At the same time, Pooja Bhatt is in a supporting role and I really like to see her on the big screen after a long time. Saranya Ponvanan has done a wonderful job as Neela’s mother. His character is given a very funny and different approach which adds a touch of emotion to the story.

As a director, the way R Balki brings a story to the screen has always been quite interesting. This time, Balki and his team of writers (Raja Sen and Rishi Virmani) have written the story with the work of film critics and entertainment journalists at the centre. He has turned the story into a murder thriller in a very interesting way. Jahan is such a psychopath to whom cinema and especially Guru Dutt’s films gave him hope in difficult times. But when his loved ones (Cinema and Guru Dutt) are disappointed, he sets out to bring about a special change with a vengeance. The story moves very quickly, especially in the first half, setting up all the characters and keeping your attention full of suspense. But in the second half, the script stretches at many places and you go straight to the climax.

The cinematography of the film is great. Vishal Sinha beautifully captures Mumbai and its cinematic magic here with a romantic song reminiscing about cinema and Guru Dutt. It culminates with a Guru Dutt-inspired shot that cinephiles are sure to remember. Nayan Bhadra’s editing makes the film strong…especially in the first half. High moments were needed in the second half. At the same time, a commendable job has been done on the film’s background music.

Chup’s story is basically about being sensitive. It speaks of celebrating, loving and respecting cinema. Turning such thinking into a story and bringing it to the big screen is itself a commendable step. The film has a few flaws, but that doesn’t stop it from being a great thriller. 3.5 stars for ‘Chup’ from Filmbeat.