There are two essentials to a suspense thriller, the way to get to the culprit and the reason behind the culprit’s crime. “Hit” here gets 100 out of 100 in the first part, then 50 in the second. The first half of the movie is very strong, interesting and engaging. But on the way to the climax, the condition of ‘Khoda Pahad Nikalli Chuhiya’ seems to be there.

Hit is the official remake of the Telugu film of the same name in 2020. Shailesh Kolanu is the director of both the films, so he didn’t deal much with the story except for a few parts of the film. The story, which revolves around the search for a missing girl, was well received by the audience. Especially the script and performance of the film received a positive response. But the director has lost that grip in his remake. 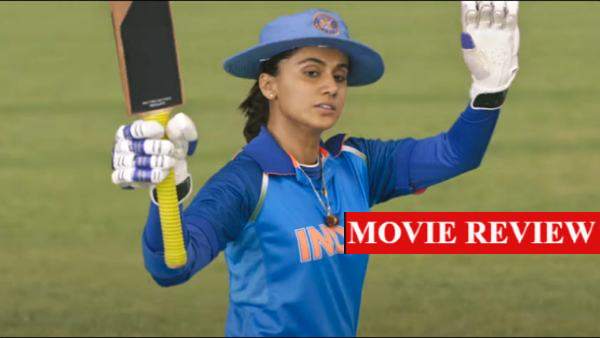 The story is of Vikram (Rajkumar Rao) who is a HIT (Homicide Investigation Team) officer. Vikram struggles every day with the memory of a past incident where someone was killed in front of his eyes. Worried about his health, Vikram’s doctor and his girlfriend Neha (Sanya Malhotra) advise him to take some time off from work. He is on vacation when he learns that Neha has gone missing. Not only Neha but another girl Preity also disappears from the beach highway. While solving these two cases, Vikram’s suspicion reaches many people. He soon begins to see similarities in both cases. But the road to the end of the case is not easy. In such a situation, how does Vikram solve this case and what does he have to stake.. This is what the story revolves around.

Almost two hours and sixteen minutes long, the film wins hearts in the first half with its stellar performances and captivating screenplay. The director grabs your attention from the very first scene and the story moves very quickly. Every character seems full of tension, but the director very successfully keeps you away from the other end of the story. But in the second half the movie becomes weak in terms of story. The film’s screenplay is written by Shailesh Kolanu and dialogues are by Girish Kohli.

From the screenplay, direction to the technical level, the film is above average. S. Manikandan’s cinematography adds freshness to the story. Gary Beh’s tight editing has a positive side to the film. The music of the film is given by Mithun and Manan Bhardwaj which is average.

Talking about acting, Rajkummar Rao is a good actor and he proved it here as well. He is strong in the role of a rough and tough officer, but in the weak moments of the character he also gathers sympathy. It won’t be wrong to say that it’s good to see Rajkummar Rao in this style after a long time. Sanya Malhotra felt nothing special here. She dignifies her character for a limited time. At the same time, artists like Shilpa Shukla, Dilip Tahil, Milind Gunaji were also not given a special chance by the director.

Overall, Hit The First Case could have been among the best suspense thrillers in Bollywood, but some of the director’s bets fell short. The film is definitely watchable for Rajkumar’s best performance. 3 stars for “Hit” by Filmibeat.

Rajkummar Rao and Sanya Malhotra starrer suspenseful action thriller film HIT The First Case is out in theaters now. Directed by Sailesh Kolanu. The film starts out solid but stumbles in the climax.