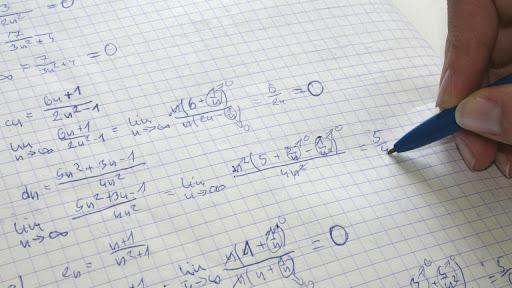 What is a term?

A term in mathematics generally refers to an expression. Either it may be a single positive or negative number, some combined numbers, or some numbers added, subtracted, multiplied, or divided by other numbers.

2 is a term and is also known as a constant. ‘a’ is also a single term and it is a variable.

2 multiplied with a variable ‘a’ that gives 2a is also a term.

A combination of numbers and variables like -6xyz is also a term.

2x+3y, 6a-3b are the examples for two termed expressions.

This is another kind of term that represents two or more similar terms with the same variables.

For example, 2x and 3x are identical terms because they both have a similar variable ‘x’.

For example, 3x and 2y are unlike terms since they have different variables x and y.

Math is also similar to language. When you learn a language, you might be needed to learn the alphabet, sentence structure, grammar, and so on. If you learn all these things, then you can effectively use a language for communication purposes. Likewise, if you want to be good at mathematics, you need to learn about the terms and concepts that are used in mathematics. Let us look at the most important terms that are available in mathematics.

The first and foremost concept in math that everyone will learn as a child in addition. Addition calculation is important wherever you go. From going to a grocery store to solving a large equation, addition is essential.

The addition operation lets you add two numbers and the expression looks like a+b=c. This operation makes use of the + (plus) operator.

Subtraction is an operation that lets you subtract one number from the other. This operation is also known as the difference operation. It makes use of the symbol ‘-’ (minus). The subtraction expression will look like a-b=c.

Multiplication is used to multiply two numbers. There are three symbols used to carry out this operation. They are ‘x’, ‘.’ (dot) and ‘*’ (asterisk). The multiplication expression can be denoted by a*b=c.

While dividing a number by another number, we will get the quotient and the remainder. The number which gets divided by another is known as the dividend and the number which divides is known as the divisor. This operation can be denoted by either ÷ symbol or ‘/’ symbol. The expression of division will look like 15÷7=2r1 which denotes fifteen divided by seven equals 2 (quotient) remainder one.

A mathematical expression that makes use of the ‘=’ (equals) sign is known as an equation. Equations play a major role in subjects like physics. Some of the famous equations are E=mc^2, F= G (m1*m2)/r.

A decimal point is used to denote numbers that involve fractions. For example, 1.2 is a decimal number, and the period (.) used here is the decimal point. We use these decimal points for denoting currency, measuring weights, and more.

A ratio is a term and it is generally denoted by p/q. Here p denotes the numerator and q denotes the denominator. We use ordinal numbers for denoting the rational numbers infractions. For example, we pronounce ⅓ as one-third and ¼ as one-fourth. We also use irregularities such as half, a quarter for denoting ratios.

We use percentages in our daily life for representing values such as grades, profit, loss, discounts, etc. A percentage can be denoted by a symbol known as % (percent). This symbol is also known as the modulo operator in computer science that gives the remainder of the division operation.

Exponential refers to the process of multiplying a number by itself a specific number of times. This operation is known as exponentiation. For example, 3^2 ( 3 raised to the power of 2) will result in 3*3=9. We generally refer to x^2 as squared and x^3 as cubed.

The equation √a=b is known as the square root equation and this equation makes use of the radical sign or the root sign. This equation will produce the result of the squared root of the given number. Similarly, 3√a, 4√a is called cube root, root four, and so on.

A logarithm is referred to as the exponential equation’s inverse. The expression that has “ln” is called a natural log. The logarithmic equation is generally expressed as log2a where 2 is considered as the base of the logarithm.

Factorial is also a kind of expression that makes use of the exclamation symbol (!). This operation has been used in various concepts such as probability.

In this blog, we have seen the most commonly used terms in mathematics that have significance in various fields. Mathematical terms are used in fields such as programming, physics, chemistry, and more. Learning the basic mathematical terms will be useful for everyone and most of them are easy to learn.