If we take a close look at the social media ecosystem, we will find that almost every leading channel is from out of India. For example, talk of any popular platform – Facebook, Instagram, Whatsapp, or Twitter – they are all US-based. India is among the top developing countries and is home to one of the most admired brands like Tata, Infosys, Mahindra, and Wipro, and our people head some of the iconic brands like Google and Microsoft, yet we can’t develop a world-class social media platform. Isn’t it surprising? 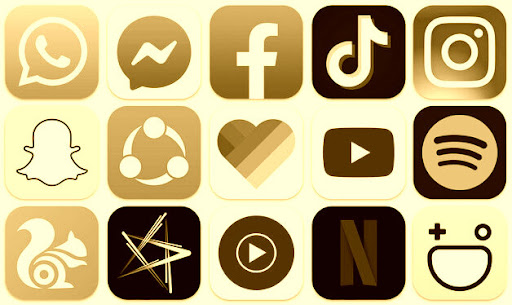 Last year In June, the government of India in a surprise move banned as many as 59 Chinese apps including TikTok, the short video app. That was a great opportunity for Indian entrepreneurs to develop a homegrown app because TikTok had 120 million active users who were just addicted to it. It was no less than a shock for them to discover that their favorite channel is now no longer available to them. For the majority of TikTok users, the app is a means to get their moment of glory. In fact, the app also provided income to a lot of users. After TikTok was banned, they were desperately looking for an alternative that could give them the same experience.

There was a kind of mad rush among Indian developers to come out with a fully homegrown app. They knew that an audience as large as almost one-fourth of Facebook, the largest platform in the world, was waiting to be grabbed. But in a hurry to achieve that, they forgot a very important point that these platforms had a long and arduous journey to reach where they are. For example, Chingari, one of the frontrunners among locally developed channels, was aiming for 100 million users within six months. Now, this was a very ambitious target Chingari was setting for itself, and subsequently, it also proved so. There were other channels like Mitron and Roposo who were focusing on creating a community-like experience that is so typical of conventional television programs.

Most of these made in India apps were trying to create the same experience and features that other leading platforms were famous for. They didn’t understand the basic fact that why anyone would be interested in the untested clone of an established app in the first place when the original itself is available. All the popular social media networks like Facebook, Instagram, Whatsapp, Connect app and Twitter found their own niche and prospered. For example, Facebook is known for its news feed, Instagram for its visual appeal, Whatsapp for its versatility, and Twitter for its speed. Even TikTok never tried to ape either Facebook or Instagram and chose a short video format, a new feature as its USP. Moreover, they were all supported by big venture capitalists who put millions of dollars into promoting them. Indian apps have no such luxuries. The availability of the right talent is also a problem because the best of them have already migrated to Silicon Valley and are working for the leading brands.

Although Indian apps are busy experimenting with new features to lure audiences to their platforms, the users are generally skeptical about their ability to give them the kind of experience that TikTok or Instagram gave. One well-known TikTok influencer downloaded Chingari and Mitron to see how they worked but soon deleted them. He, later on, shared his experience saying he didn’t get views as fast as he thought. One of the major areas where indigenously developed Indian social media apps need to work is the user experience. Ultimately, it’s users who decide whether a particular app will make it big or not because all these social media channels are essentially made to provide an enjoyable experience to users. The features should be easier to understand and operate.

The quality of content is also very important because you may find a particular content good enough but if your user thinks otherwise then your effort is wasted. This is one area where Indian app developers have to work a lot. They have to provide very engaging content to their audience because Indian users are different from their western counterparts. They are more rooted in their culture and family system. Actually, Indian social platforms should learn a thing or two from iconic apps like Facebook and Instagram.

If you look at their type of content, you will find that they go an extra mile to offer India-centric content to users. This makes viewers feel at home, and also appreciate the fact that the platform really cares for their likes and dislikes. These things create brand loyalty which is crucial for the long-term growth of any social media app. However, it’s still early days for homegrown apps from India. They need to learn a lot from their experience and improve and focus more on their long-term strategies to remain in the game instead of thinking of short-term gains.